Computer audio has been oft-criticised for sounding mediocre. This should come as no surprise when one understands the history behind the handling of audio in the personal computer.

In the 1990’s as computers became multi-media platforms, one of the primary issues was how to handle multiple audio streams (e.g. the system sound effects along with CD audio playback).

The solution was a software mixer, which was first and foremost, practical. It would convert all audio streams to the same:

In Windows pre-Vista this was called “K-Mixer,” for Mac “Core Audio” and “ALSA” for Linux.

If the incoming audio streams’ sampling rates are different, for example: system sound effects ([email protected]) and CD audio ([email protected]), then the system software mixer would lock onto the first required sample rate and convert all subsequent rates to the same. The unavoidable result was artificial, digital manipulation.

A CPU is a generalist (it must handle email, web surfing, word processing etc…) that is optimised for multiple applications. With no onboard digital signal processing hardware, a dedicated sample rate conversion software program can load even a powerful Pentium 4 with 100% CPU usage when processing CD audio in real-time.
Therefore, in order not to burden the CPU too much, the default sample rate conversion inside the system software mixer is optimised first and foremost, for CPU efficiency; that is, a low CPU load. The conversion quality subsequently falls by the wayside.

This is one of the fundamental reasons why for lovers of music, the default audio playback on the computer system is found seriously wanting.

All modern PC’s are at least 32-Bit machines. Naturally, they work best with 32-Bit data. However most if not all audio data is 16-Bit or 24-Bit and for the foreseeable future will stay that way too.

The issue arises when the audio device driver software – another piece of software to communicate with the external audio device (e.g. a DAC), does not accept 32-Bit data2 .

In an ideal world, the driver software should know that it is dealing with 16/24-Bit audio encoded in a 32-Bit data format, discard the redundant zeros and send the correct 16/24-Bit onwards to the external audio device.

In reality, nine times out of ten, this is not the case as the driver software will try to be smart and manipulate (e.g. add dithering etc.) the audio data to try to make a “better” truncation. Suchmanipulation is not transparent and most definitely not Bit-Perfect.

This is another critical reason why the default audio playback of computer systems is less than ideal.

All of this only applies if the default audio system is used. If it is bypassed all these issues disappear.

Both the Steinberg ASIO interface (originated from professional audio use) and the WASAPI Exclusive mode (Vista and Windows 7 only) will allow the audio playback software to reliably bypass the default system software mixer and all associated “problem” areas. 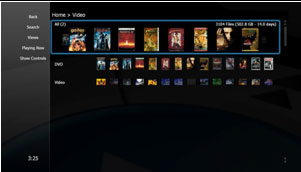 Presently, J. River Media Center and CPlay both have high levels of sonic performance when playing back lossless audio files.

On the Mac OS X, more and more auto-Sampling/Bit Rate programs are becoming available such as Audirvana which we have tested to be one of the most-sonically impressive computer audio playback software programs on the market today.sss
Audirvana in Action

However, setting up a PC to play back correctly (i.e. without the often sonically-degrading Sample Rate and Data Length conversion) is not trivial and most playback software still makes things very complicated for the music lover or worse still, is fundamentally incapable of such a “pure” configuration.

Despite this, with the breakneck pace of computer software development, we are optimistic that the future is one of easier configuration for dedicated audio playback applications.