The DP-777 Established as the Usain Bolt of DACs 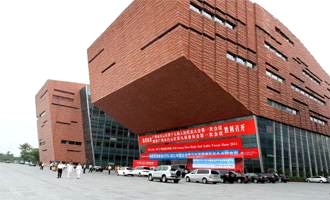 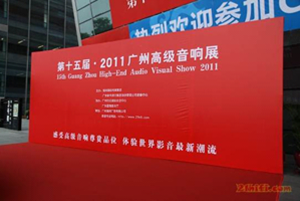 This year with a slight change to proceedings, AMR courtesy of Avantgarde Hong Kong (AMR: Hong Kong & China distributor) attended the 15th High-End Show that was held in the brand new and stunning Guangzhou Exhibition Centre. The show ran for 3 days from the 4th-6th November.

The main system in the Ballroom 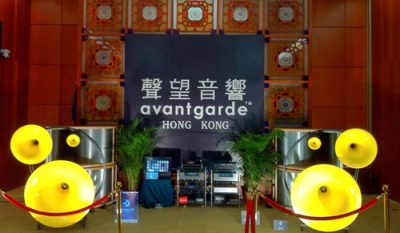 Avantgarde top of the line Trio (in Ferrari Yellow, which was VERY fetching indeed) with 4 x bass horns

Close-Up of the System: 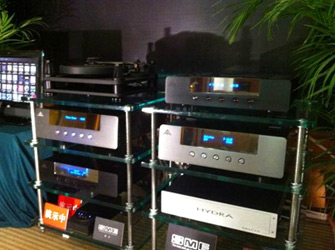 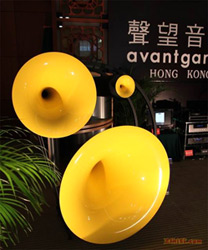 Audio Rooms Large Enough to Park a Ferrari In…

The new Guangzhou Exhibition Hall, has 2 floors with 30 rooms. There were very few small rooms as each was a gargantuan (10m x 15m); just perfect for the Avantgarde Trio speaker system in stunning Ferrari yellow.

Most other exhibitors (not AGHK) were surprised by the room size and were inadequately prepared by not having large-scale speakers for the room, so most sounded so so as they quickly ran out of steam.

With the AG trio, there were no such issues. The sound was glorious; very full of body, all the tonality and detail with colossal bass! In resplendent Ferrari yellow, they looked almost as good as how they sounded.

The Right Type of Demonstrations

Due to public demand, active demonstrations (with AGHK staff presenting) were running non-stop. 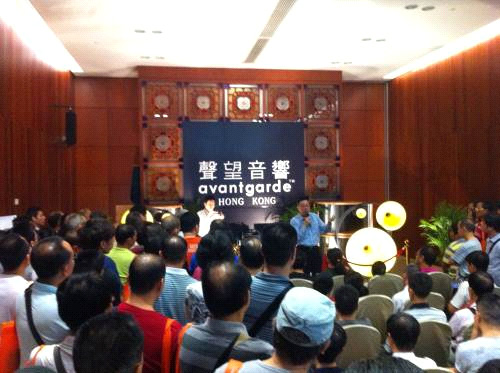 We played a variety of music, however, for every show, the last track was always the Japanese Taiko Drum (Ondekoza) track, when the volume was cranked up to Spinal Tap 11; a max sound pressure level of ~110dB at 3m was recorded, the whole room was rocking! The audience was totally immersed in the performance and spontaneously applauded at the end of the track. 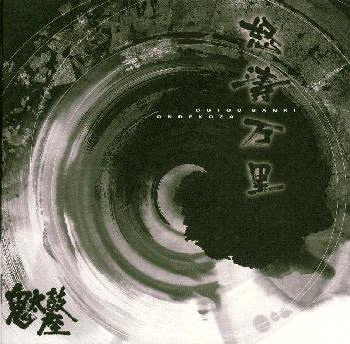 Many relayed onto the AGHK staff that they felt this was one of the best Hi Fi experiences not of the show (as that was a given) but of their life! After the demo, we did tell the attendees not to try this at home as it will surely increase the rate of divorce and lawsuits from neighbours!

In fact, the AGHK room was so ‘hot’ that the AGHK sound system made the local evening news on Friday night. And over the next two days, many people came to the show on the back of the positive publicity surrounding that evening news piece. Normally getting on the evening news in China not a good thing (usually means you are in trouble with the government), but this time AMR and AGHK were pleased to be on for all the right reasons.

Staying in the same vein, there was a high level government meeting held in the other halls of the Exhibition Hall: 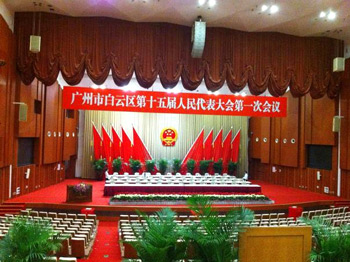 One of the “People’s Representatives” (similar to a senate in the US) actually came and visited our room! We were honoured!

The DP-777 was only been launched in China less than 2 months and it has already won the 2011 Top 10 Digital Players Award! 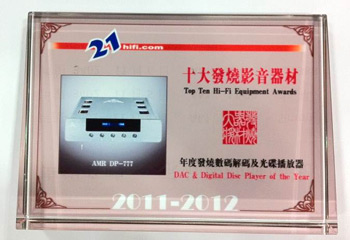 The other award winners were top of the range machines from dcs, MBL, Esoteric, Burmester, Boulder, MBL and Wadia. The DP-777 has already gained entry into the elite club of ‘ne plus ultra’ DACs and in Asia, has already established itself as the ‘Usain Bolt’ of DACs having come straight out of the starting blocks as one of the best sounding DACs in the world. 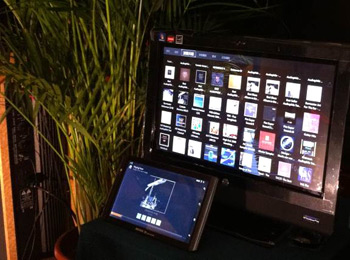 We met for the first time, the new Sales Manager for Avantgarde, David Browne, from Dublin who is a gentleman. David is such a funny guy with an excellent sense of humour. We had a great time eating and drinking and eating and drinking…

With a thousand thanks to AGHK, AMR’s establishment in this area of world just gets goes from strength to strength… we are over the moon and long may it continue.